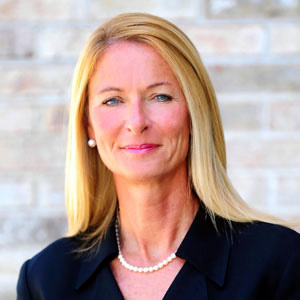 Mrs. Dunlap graduated from Southern Methodist University and obtained her Law Degree from Cumberland School of Law. She was a member of the Alabama Bar Association and practiced as a Deputy District Attorney in Birmingham, Al. Mrs. Dunlap is a former Assistant State Attorney for the Fourth Judicial Circuit under State Attorney Ed Austin and Harry Shorenstein. Mrs. Dunlap began her civil trial practice in 1995 with Dunlap & Russell, PA and with Holly G. Dunlap, PA. in Jacksonville.

She is a Certified Guardian Ad Litem in the Fourth Judicial Circuit as well as a Mentor through the Take Stock in Children program assisting children with various issues. Holly is a past Board Member of the Jacksonville Symphony Orchestra Association and past President of the Beaches Residents Supporting the Symphony (BRASS). Holly is also a Rotary Paul Harris Fellow and a member of the Leadership Jacksonville Class of 2004.

Holly is a native of Jacksonville who grew up attending Riverside Presbyterian Day School, the Bartram School and  graduated from the Bolles School. Holly and David have been married for 32 years and have worked and practiced together for a majority of that time.