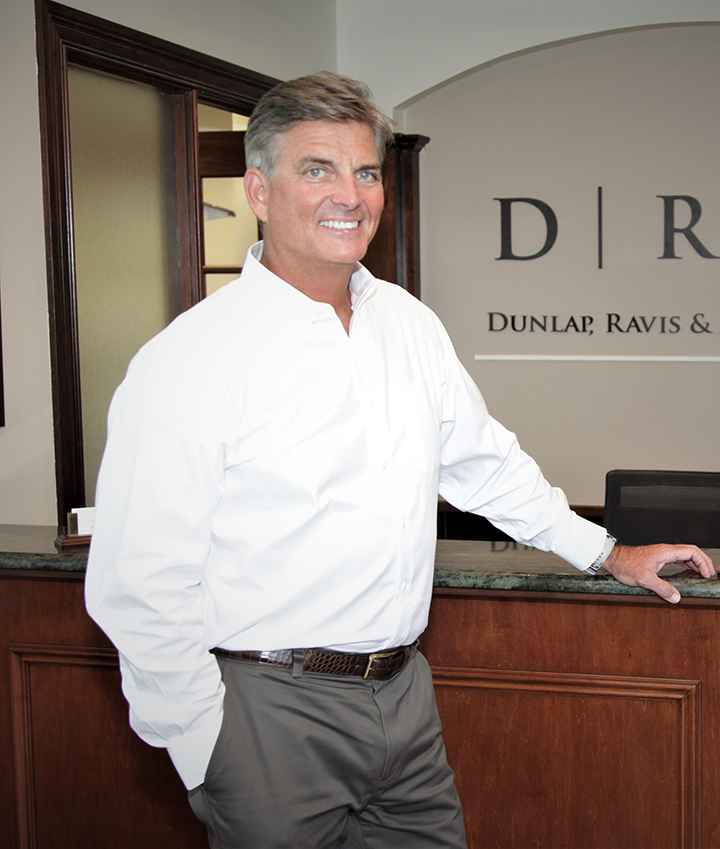 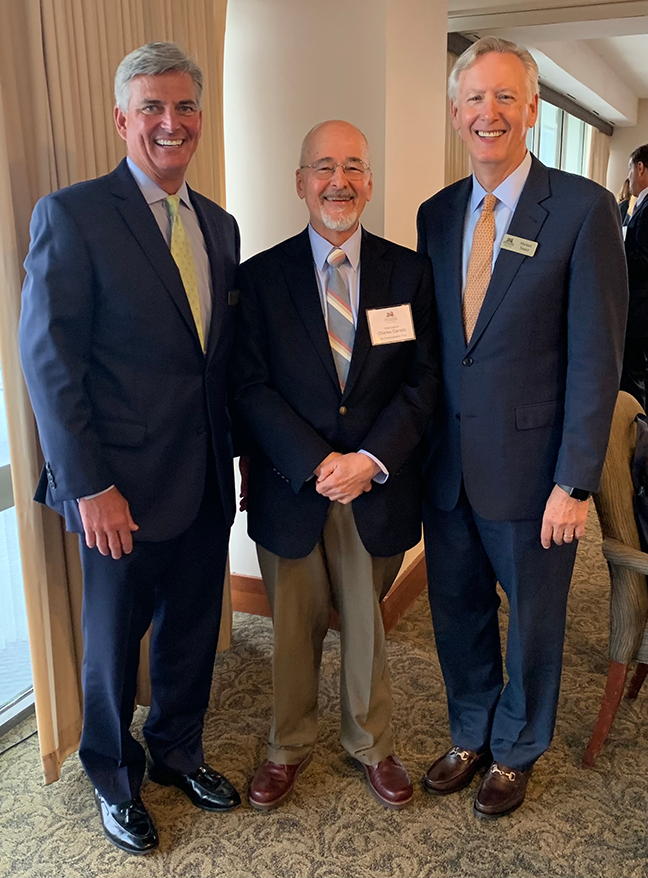 David M. Dunlap is a trial lawyer who has 35 years of litigation and trial experience in personal injury and wrongful death cases. He has the highest attorney rating, AV Preeminent, by the leading attorney rating organization in the United States, Martindale-Hubbell (Martindale.com or Lawyers.com). He is rated Superb (10.0) by AVVO, a national lawyer directory. He was recently recognized as a Top 100 Civil Trial Lawyer by the National Trial Lawyers Top 100 Trial Lawyers, a national invitation-only organization comprised of the premier trial lawyers from each state who meet stringent qualifications as Plaintiff Civil Trial Lawyers.

David has been a member of ABOTA, the American Board of Trial Advocacy, a nationally recognized Trial Lawyer organization comprised of Civil Trial Lawyers nominated and voted on by his peers since 2009. He has held several positions of leadership and is currently serving as President of the Jacksonville Chapter as well as a Member of the Board of Directors of the state wide chapter, FLABOTA.

In 2015 the Jacksonville Chapter of the American Board of Trial Advocates awarded Mr. Dunlap the Civility Award, which recognizes the member who has done in the past year to elevate the standards of integrity, honor and courtesy in the Jacksonville legal community. In 2018 he received the Presidents Award from the Chapter. During 2018, 2019 and 2020, David served as Chair of the Civility Matters-The Gary Pajcic Professionalism Seminar, now a statewide program on Professionalism and Ethics in the profession.

Mr. Dunlap is a Fellow in the International Society of Barristers, an international society dedicated to the highest of ethical standards and to civility in all their professional relationships. ISOB was created in 1965 to preserve trial by jury, the adversary system and an independent judiciary. Fellows are elected by the Society’s Board of Governors based on skill as a trial lawyer and professional integrity.

Mr. Dunlap is also a member of the statewide trial lawyers’ organization, Florida Justice Association (FJA) and have previously served as a Board of Directors member. He is a longtime Eagle Member (1993-2021). He received the Florida Trial Lawyers Workhorse Award in 1998 for outstanding service to the Trial Lawyers Association in Florida. He has been inducted into the FJA Eagle Hall of Fame for service to the Justice Association.

Mr. Dunlap recently served as President of the Jacksonville Justice Association, a 200 attorney organization in northeast Florida comprised of plaintiffs’ civil trial lawyers. He currently serves as the designated Board of Directors Judicial Liaison working with the organization and the local Civil Judges who hear these personal injury and wrongful death cases in the Fourth Judicial Circuit (Duval, Nassau and Clay Counties). David has also served on the Board of Directors for this trial organization for the last nine years. 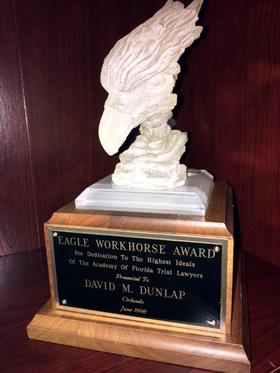